ANKO, since 1978, is one of the prime food machine | industrial bakery equipment manufacturers. ANKO provides cost-effective food processing equipment line that is CE approved to meet safety requirements based on 40 Years of experience. ANKO's 100% auto wrapper production line operates with flexible functions allows you to increase your food business sales.

ANKO's food machine engineers ia a group of elites with plenty of experience. They have collected all the food knowledge and created over 300 recipes and has sold food machines to over 112 countries. Contact ANKO now to get the best deal!

Roast duck originated in Ming Dynasty, and was brought to Beijing after Ming Dynasty settled its capital city there. By the Qianlong Period (1736-17960) of the Qing Dynasty, the popularity of roast duck spread to the upper classes, and the name of Peking Dick is also call"lotus leag pancake", which is hand rolled round thin pastry made of cooked dough, served after steaming or pan frying. It is said that the authentic way to taste Peking Duck, wrap thin sliced duck meat with lotus leaf pancake, had been inherited for more than 300 years. 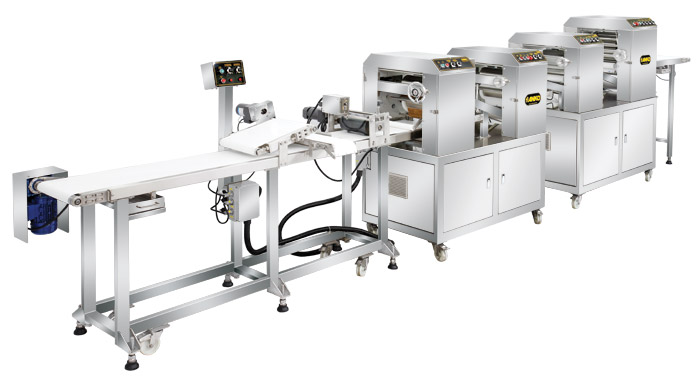